The Christmas Cake as we know it today comes from two customs which became one around 1870 in Victorian England. Originally there was a porridge, the origins of which go back to the beginnings of Christianity. Then there was a fine cake made with the finest milled wheatflour, this was baked only in the Great Houses, as not many people had ovens back in the 14th century. 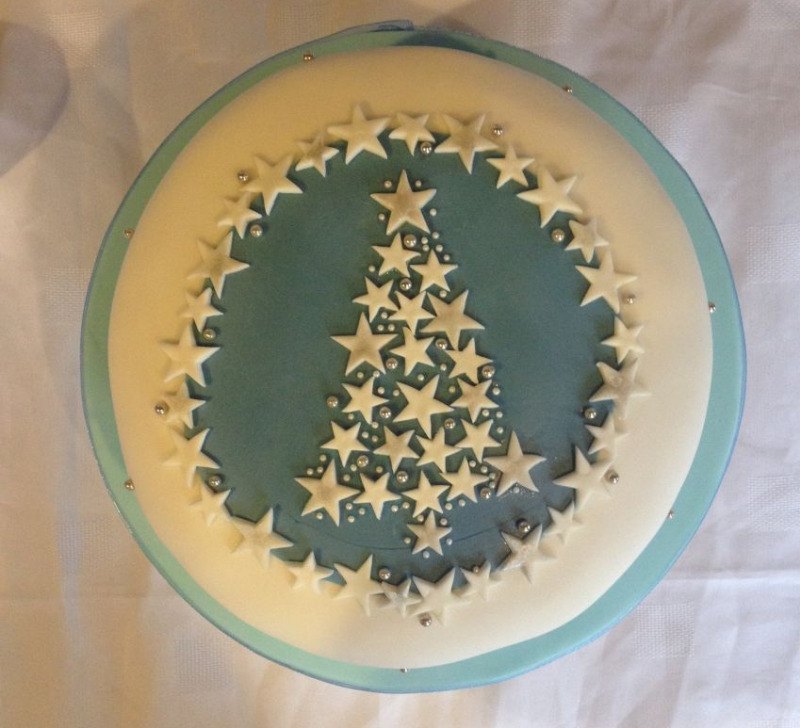 Later, around the 16th century, it became popular to add butter, replace the oatmeal with wheatflour, add eggs to hold it together better. This became boiled plumcake. So boiled plum pudding and boiled fruitcake existed side by side depending on which ingredients the housewife used.

Only big houseS had proper ovens to bake in. In the castles and fine homes, people would make a special cake for Easter, which was a rich fruitcake recipe with a topping of what we now call marzipan or almond paste. A similar cake was baked for the Christmas festivities, but whereas the Easter one was a plain cake with almonds, the Christmas one had dried fruits in season and spices. These represented the exotic spices of the East, and the gifts of the Wise Men . Such things were first brought to Europe and Britain particularly, by the Crusaders coming back from the wars in the Holy Land in the 12th century.

But it was not a Christmas cake, but a Twelfth Night Cake. Twelfth night is on the 5th January, and has been for centuries the traditional last day of the Christmas season.. It was a time for having a great feast, and the cake was an essential part of the festivities. This was slightly different in different countries, and also at different social levels.

In the GREAT HOUSES, into the cake was baked a dried Bean and a Pea. one in one half and the other in the other half. The cake was decorated with sugar, like our icing, but not so dense, and ornamentation. As the visitors arrived, they were given a piece of the cake, ladies from the left, gentlemen from the right side. Whoever got the bean became King of the Revels for the night, and eveyone had to do as he said. The lady was his Queen for the evening.

In smaller homes, the cake was a simple fruitcake, with a bean in it, which was given to guests during the twelve days of Christmas. Whoever got the bean was supposed to be a kind of guardian angel for that family for the year, so it was an important task, and usually, it was arranged that a senior member of the family would get the bean! This was observed until recently in Poland in fact.

In Britain the cake was baked as part of the refreshments offered to the priest and his entpourage who would visit on the feast of the Epiphany, January 6th, to bless each house in the parish. this custom died out after the Reformation in the late 16th century.. In Mallorca, the main island of the Spanish Balearics Islands, they have a similar custom which takes place at Easter.

The festive cake in Britain was revived at the end of the 17th century, and became very much part of the Twelfth night partying again. It is recorded In royal households, that the cakes became extravagantly large, and the guests divided into two side could have a battle with models on the cake! One battle was a sea battle, and there were minature water canon on the cake which really worked!

THE ARRIVAL OF THE CHRISTMAS CAKE

The confectioners who made the cakes were left with boxes full of figurines and models for Twelfth Cakes, and also had lost revenue by the banning of the feast. So they began to bake a fruitcake and decorate it with snowy scenes, or even flower gardens and Italian romantic ruins. These they sold not for the 5th January, but for December Christmas parties. And it was thus that we developed the Christmas cake.

Some of us love the traditional Christmas fruit cake, others enjoy a chocolate log or festive Cupcakes.

I'd love to hear your favourite cake to enjoy at Christmas.